aseqjoy is a Joystick to ALSA MIDI Sequencer Converter. In fact it’s a really tiny piece of software that turns a joystick into a MIDI controller for the ALSA sequencer infrastructure. Its original purpose was to test the MIDI interface of terminatorX but that turned out to be fun, so it made it here in the hope that it could be useful for other experiments.

For a more detailed description on what it does and how to use it have a look the manpage.

If you want to test it yourself download the source: aseqjoy-0.0.2.tar.gz. Compiling aseqjoy requires kernel and ALSA (asound library) headers to be installed and execution of the following commands:

To make full use of aseqjoy you might require jscal from the Vojtech Pavlik’s joystick package (to calibrate your joystick) and aconnect from the alsa-utils package or similar to connect aseqjoy’s MIDI output port to other input ports.

aseqjoy is distributed under the terms of the GNU General Public License V2 or (at your option) any later version. 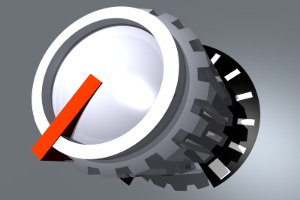